Our collective Ateliér Duchů has participated in most Ludum Dare game jams in the past few years. In march 2021 part of our studio decided to rework a game prototype that was created during Ludum Dare 47 and landed among the best ranked games. Our goal since March was not to rush things but create a complex digital game. To expand on the potential of the game mechanics and other ideas. Ideal plan for quarantine evenings.

First of all it is fair to say that the Ludum Dare entry had no thematic setting or narrative. It was however a functional first person puzzle, but the overall design can now be considered schematic. Same applies for the audio-visual side of the game. It was an interactive blockout supporting the key core mechanic - repeating. 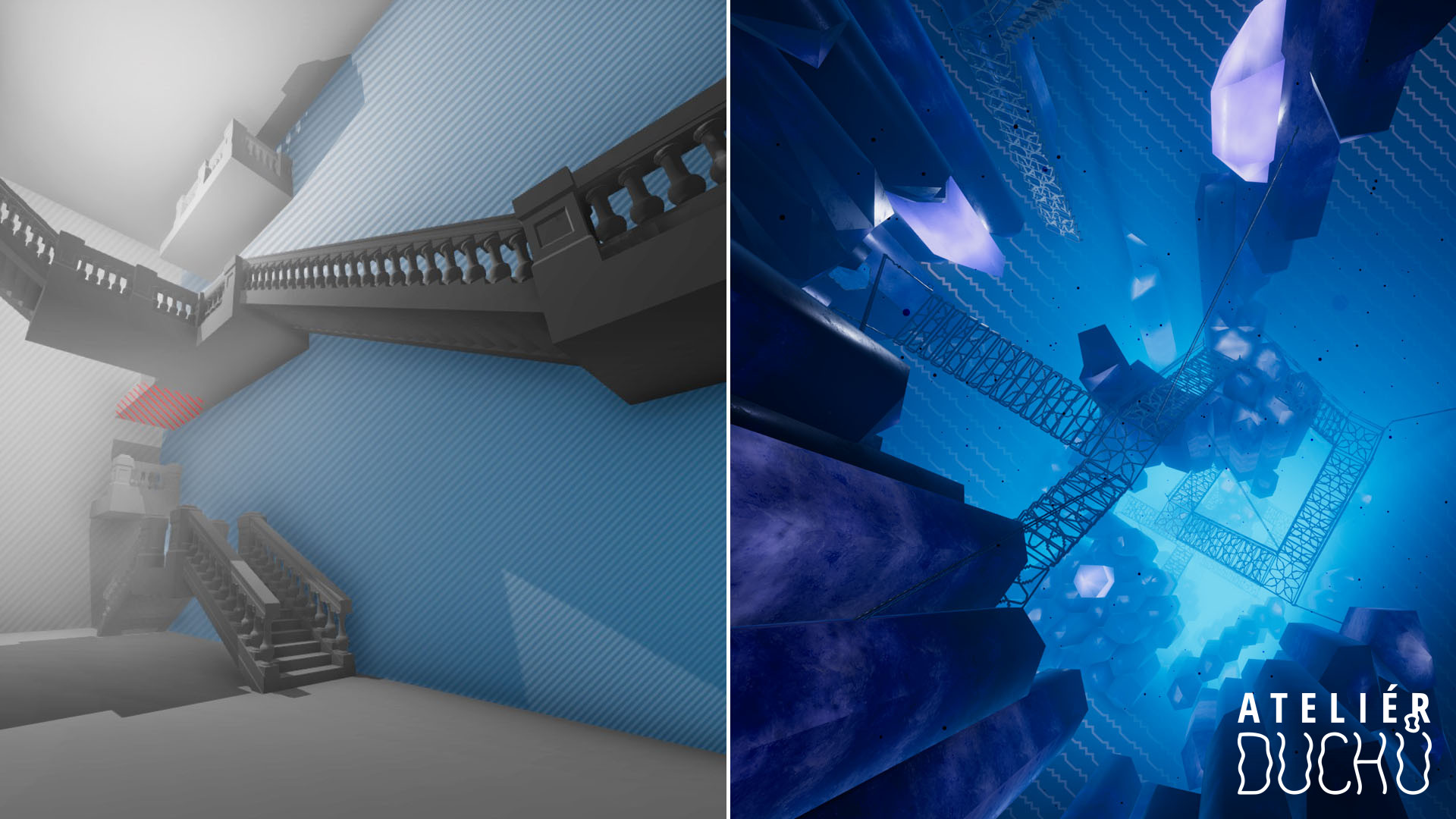 For further development it was necessary to not only strive for more content, but also for more depth. This point can be considered as a restart of the development which led from quantitative and almost automated workflow to consistent structure and design. Originally endless addition of mechanics, puzzles and other content led to a bigger game, but mostly without content. This problem reached a moment where it was no longer even visually sustainable. It was at this point that we established a meaningful plan and rules.

A prototype became a game.

Key moment in restarting the prototype was a goal to make it attractive for the team. To believe the setting, its options design and overall audio visual side of the game, which communicates the inner workings to the people.

So where are we now?

We know that the game will be structured to individual levels. The core is linear but there is some amount of freedom in the order of the levels. With structure came a map of the entire world. Entire space to be exact. A setting that seemed the most natural for the game. Cliche and pop qualities, which the universe as a theme holds also offer everything we need. From a technological perspective there are quite a few interesting facts, but we will keep those for another article. Currently we focus on all the aspects of development and marketing. First of all the game will be released for PC (Steam) this year, 2021. Consoles and VR will follow in 2022.  During this summer, we will release a playable demo version via the Steam.

We hope that all will go as smoothly as it went so far. We might even meet one another in person as a team. I believe that all those enjoying the virtual worlds of digital games will like this journey through space and time paradoxes and they will enjoy it. There are no other worlds like this one.