The game erLett has been my solo project within the studio since the beginning of 2019. A year has passed since the last article and in this article, I will summarize the progress and changes during this period.

Currently, there is a basic game core, based on which I will form the rest of the game. The player has the opportunity to walk through 3D space, which reacts and changes based on word puzzles / mini-games, which are represented in the world as flying letters or words. By carrying letters, the player can interact with the environment. Based on these principles, the player is allowed to progress through the game world.

One of the new ideas that got into the bachelor's demo was to add time dependence. Words can be returned to their original state after the player puts them together or breaks them, thus changing the environment.

A prototype of the game is available for download on the itch.io platform:

Technically, I especially improved the texts, whose visuals and rendering have been updated. I reworked the rendering from flying planes with the texture of the letter, to a mesh that follows the shape of the letter. The implementation works similarly to the Text3D module present in Unreal Engine since version 4.25. 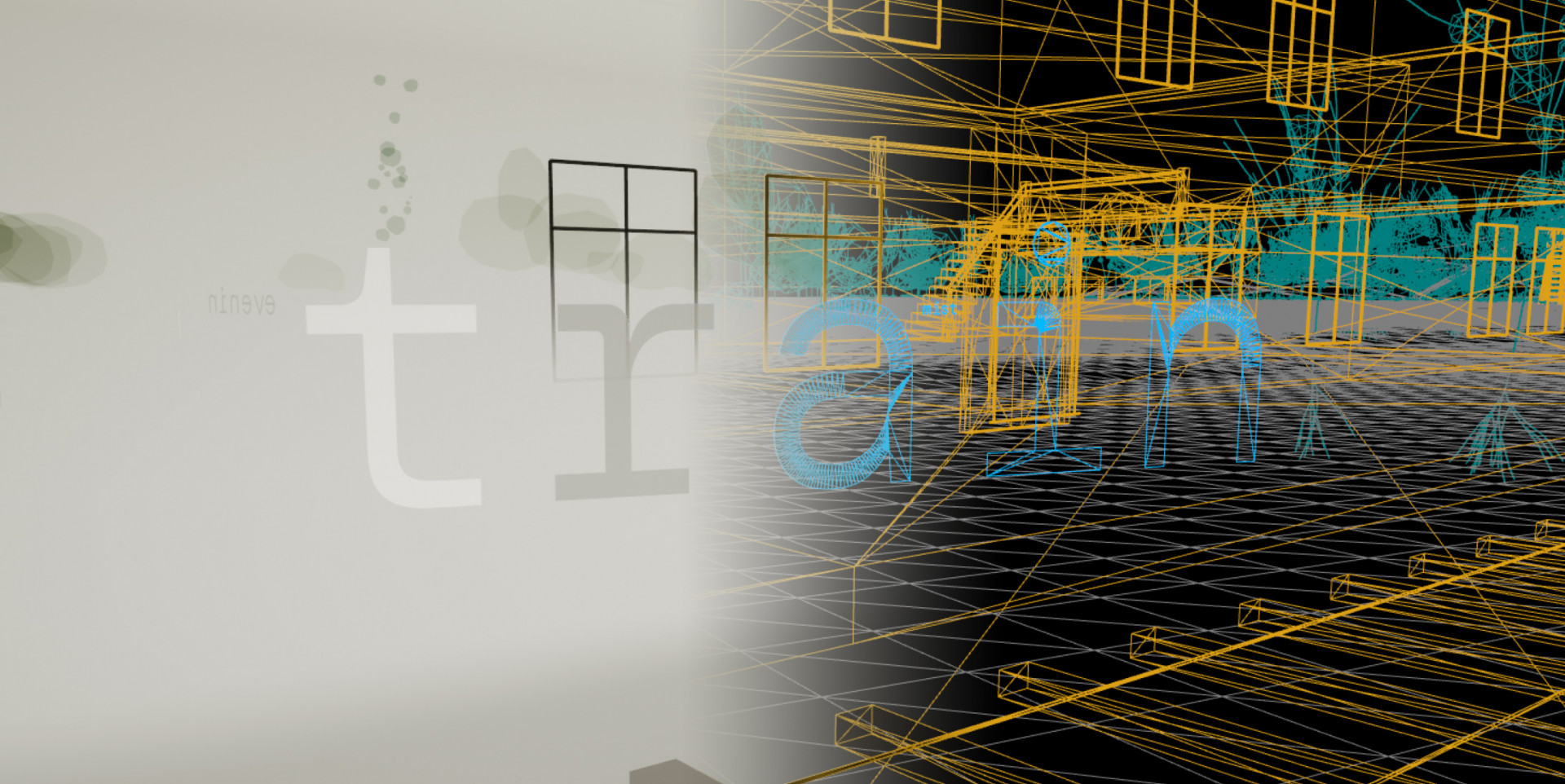 They are also animated!

For sound, I decided to go back to the time when I was working on ambient music as a hobby alongside high school. In one song, I used a plugin that stuck with me.

The principle was that the oscillators/source signal was always noise, which was then filtered to create a tone. The plugin is called Majken's Chimera.

The first was the background noise and atmosphere. I used only the mentioned plugin. After being happy with the atmosphere, I tried to create background music if the player interacts or is close to word puzzles. Ie. something that is not completely calm but a bit encouraging to find a solution or to explore.

Before the Christmas holidays, I stumbled upon the VCV Rack. It is a software simulator of modular synthesis. After a while of experimentation, I tried to replicate the principle used by the mentioned Chimera. After a short time, other songs were created only with the help of VCV Rack.

All noises and music is made up of one of the described procedures. I compose and mix songs in Ableton Live Lite software.

Two of the instruments created in the VCV Rack software

Example of a combination of visual and audio page:

What awaits me and the erLett project?

Create word puzzles and combinations that will allow the player to progress through the game world.