Whisper of the cosmos

The Whisper of the Cosmos is a collection of poems that I have been working on for a long time. The goal for me was encapsulate the collection in a comprehensive format. I also wanted to see with a fresh eye to an older job that I wasn't able to create understandable relationship. The individual texts were created spontaneously in specific moments and locations. Now the poems form a whole in form reworked collections, expanded by a set of watercolor illustrations.

A total of 26 poems and illustrations were created (default A4 format, watercolor technique, paper material) 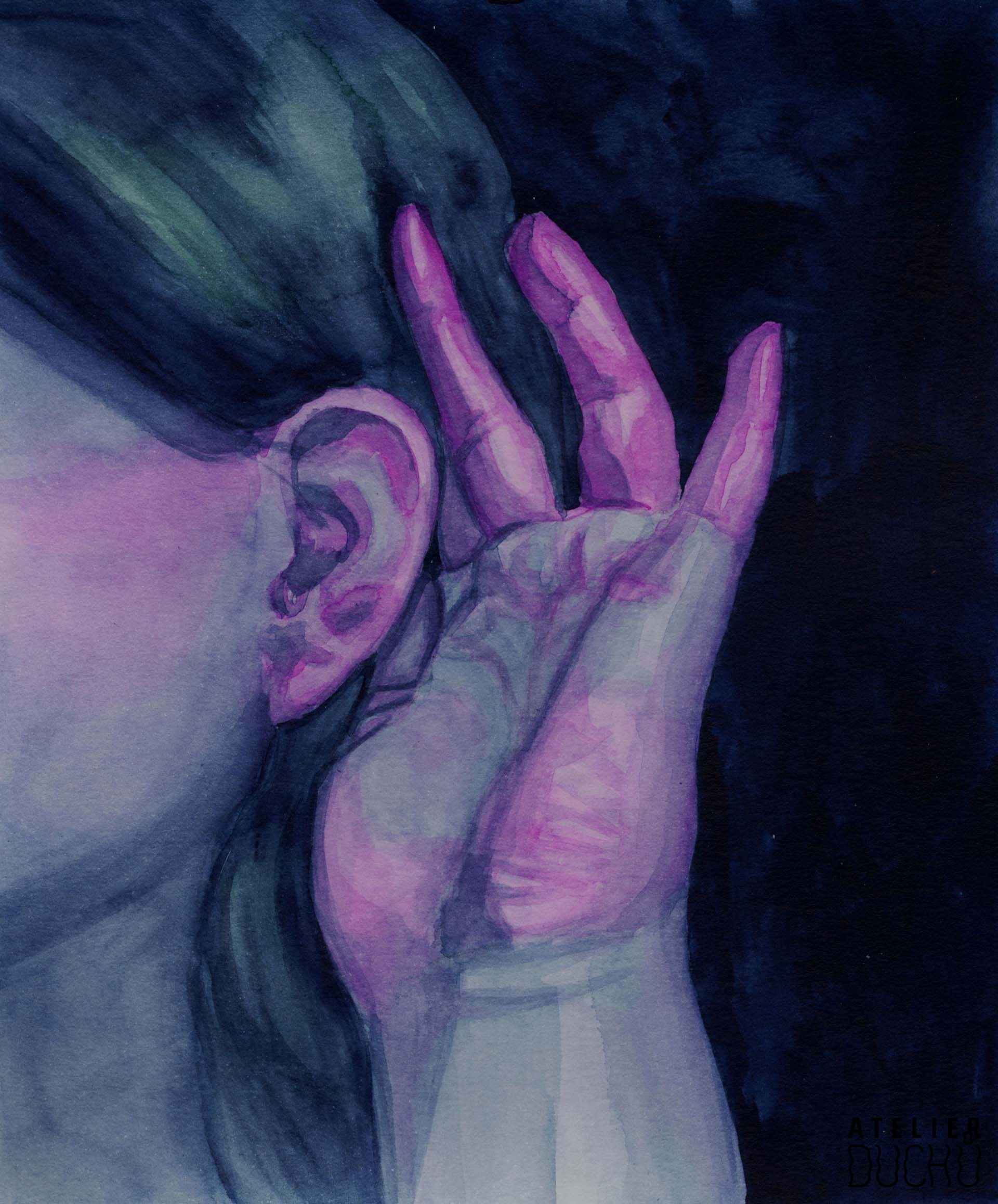 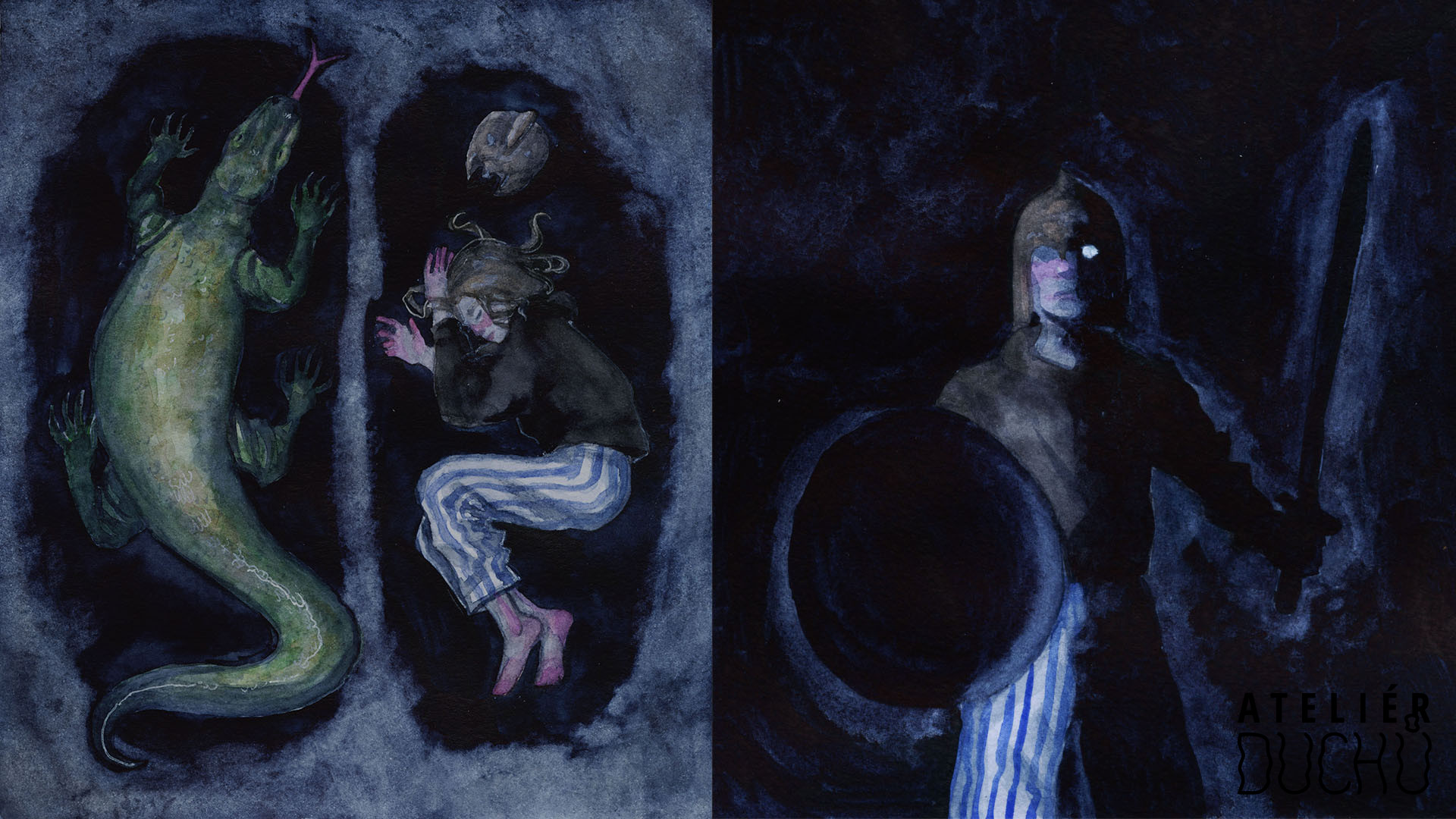 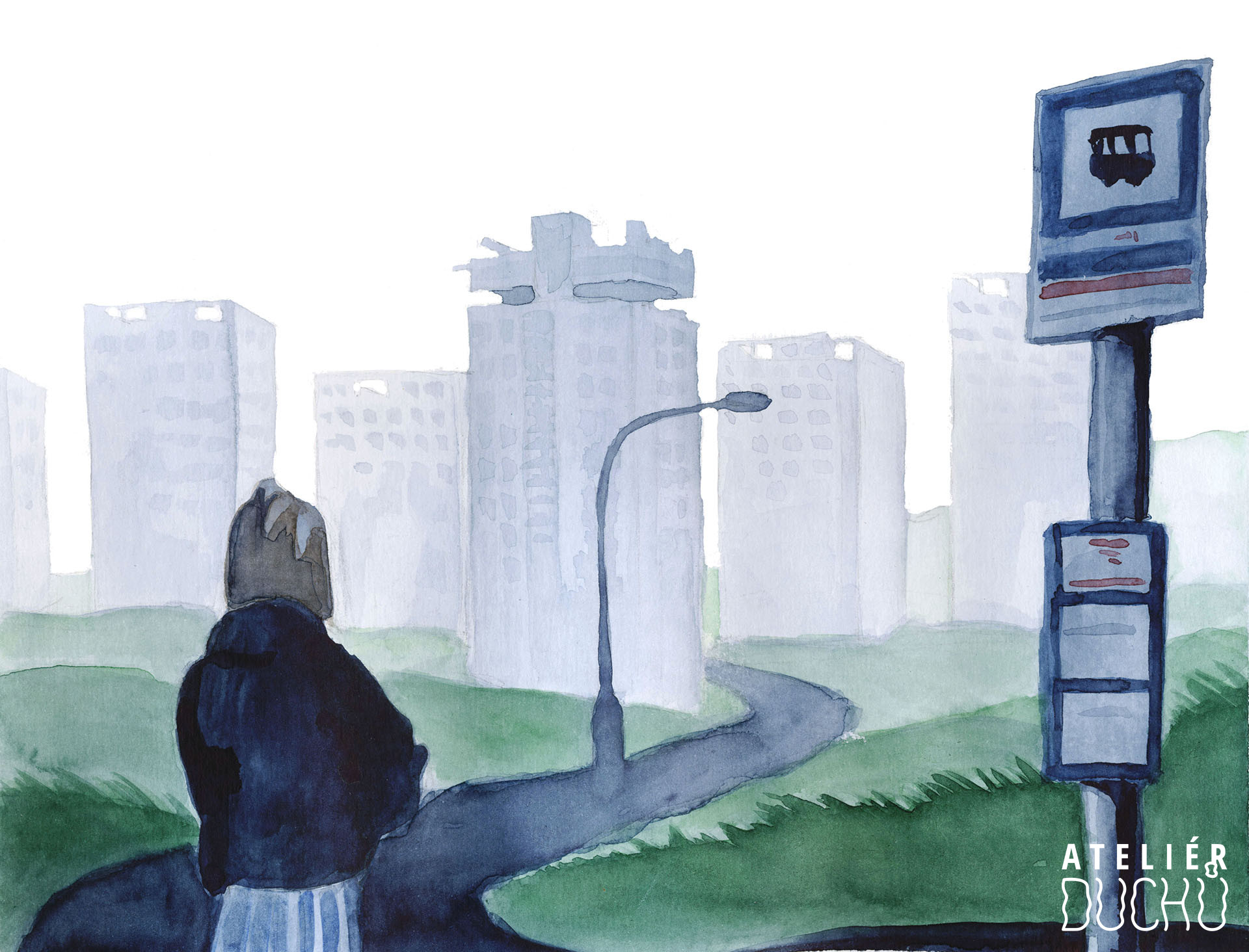 The fog drowned the street.

She muted all sounds.

And she suffocated all resistance.

Car lights are just a memory

to the sun and reality, but where is the end,

covered with a semi-transparent texture,

and with an area of at least

There is no beginning or end to my vision,

illusory safety of her pillows.

The palm warms my promise of awakening

and a key clinks in his ear.

and their appearance of dull lines on the horizon,

I'm at the end of the world. 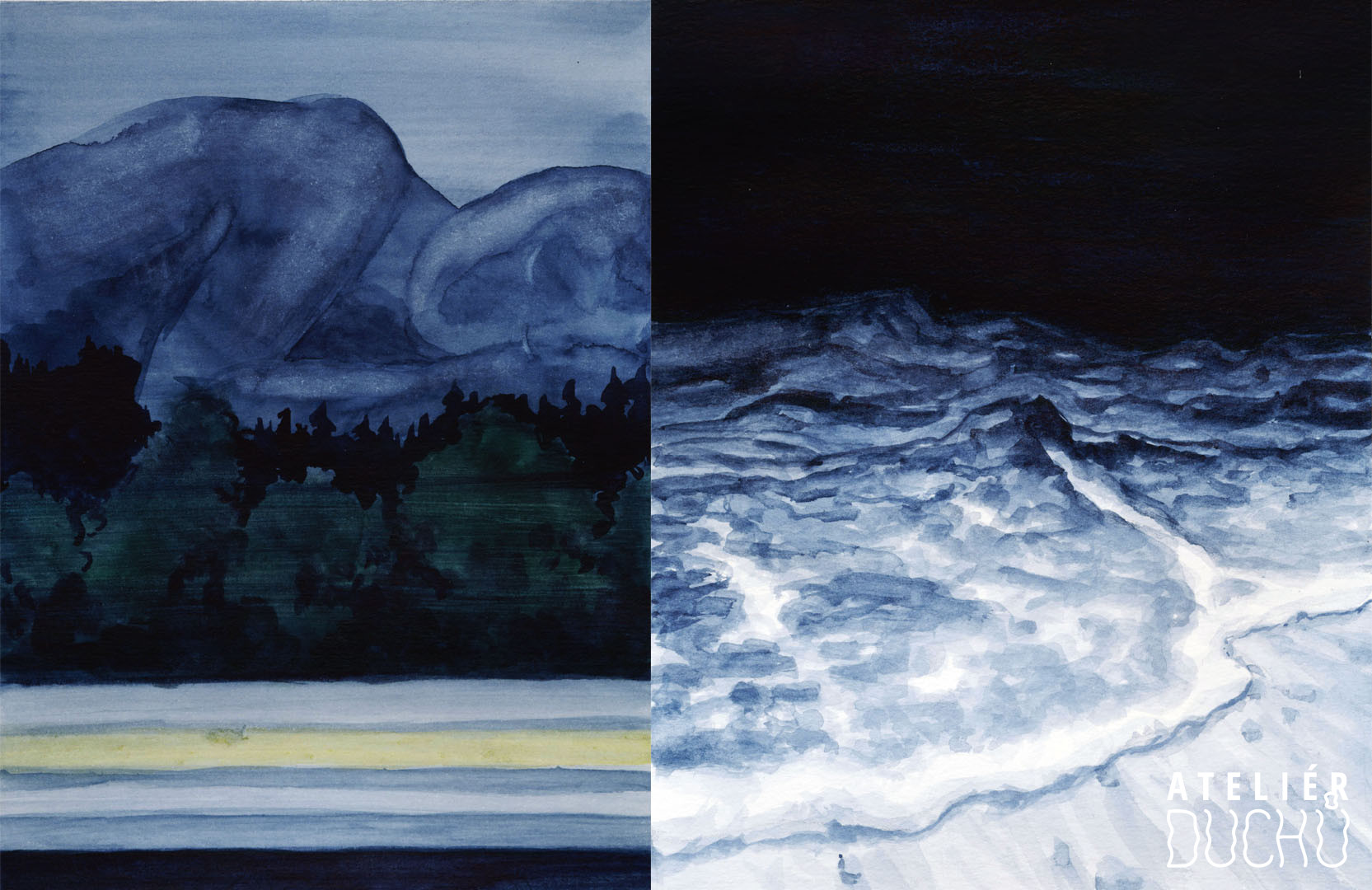 Candelabra + By your fault 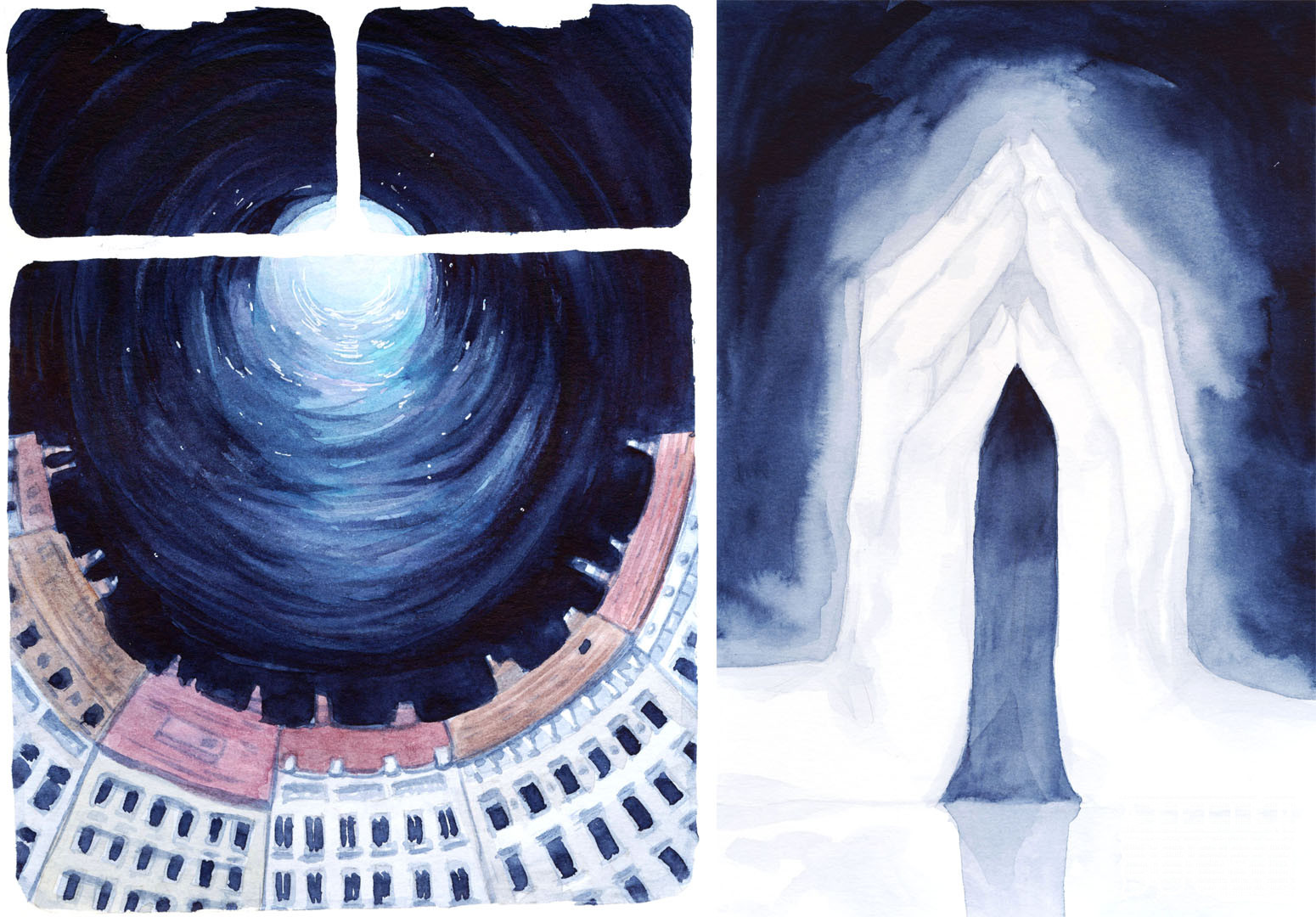 Confession from the bus + For now 
In the coming months, the collection will also be completed in printed, paper form.